I've kicked off my first quarterly project - to build a game. It's going ok, but as I suspected, returning to my day job has been a small reality check in how much time I have to spend on projects. I got a bit ahead of myself with all the free time I had over the Christmas break.

With that said, Visitor, as I'm calling it, is underway. It's a game about a roving piece of light that interacts with other pieces of light in space. That would be the most literal description I've given it, as I tend to think of it much more abstractly.

The first week and a bit was comprised of writing up notes on what would need to be done, as well as a bit of drawing and sketching. 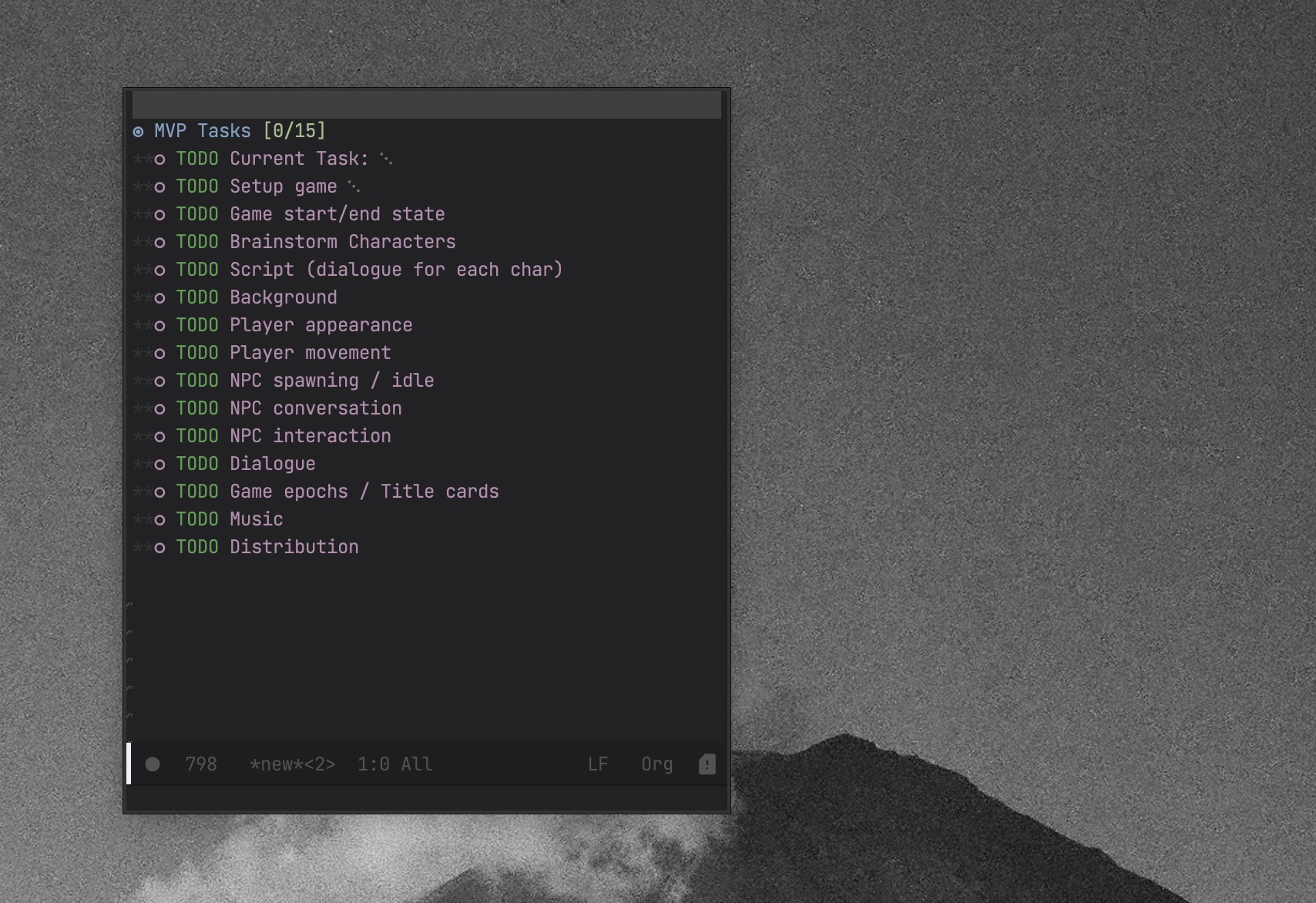 There's lots to do. Too much for 3 months, to be honest.

Starting out, the game will only be for mobile. Below, I've got a sketch of how I might approaching the generation of the game's background. As a player moves through space, the stars need to move behind them. Rather than make one very very very large canvas of stars, I'm thinking I will need to generate the stars that are just outside the reach of the player, so that when the player leaves the current background they move into a newly existing background with a new set of stars.

On the outset, this will work fine - but that means there will be ld be a cool feature. 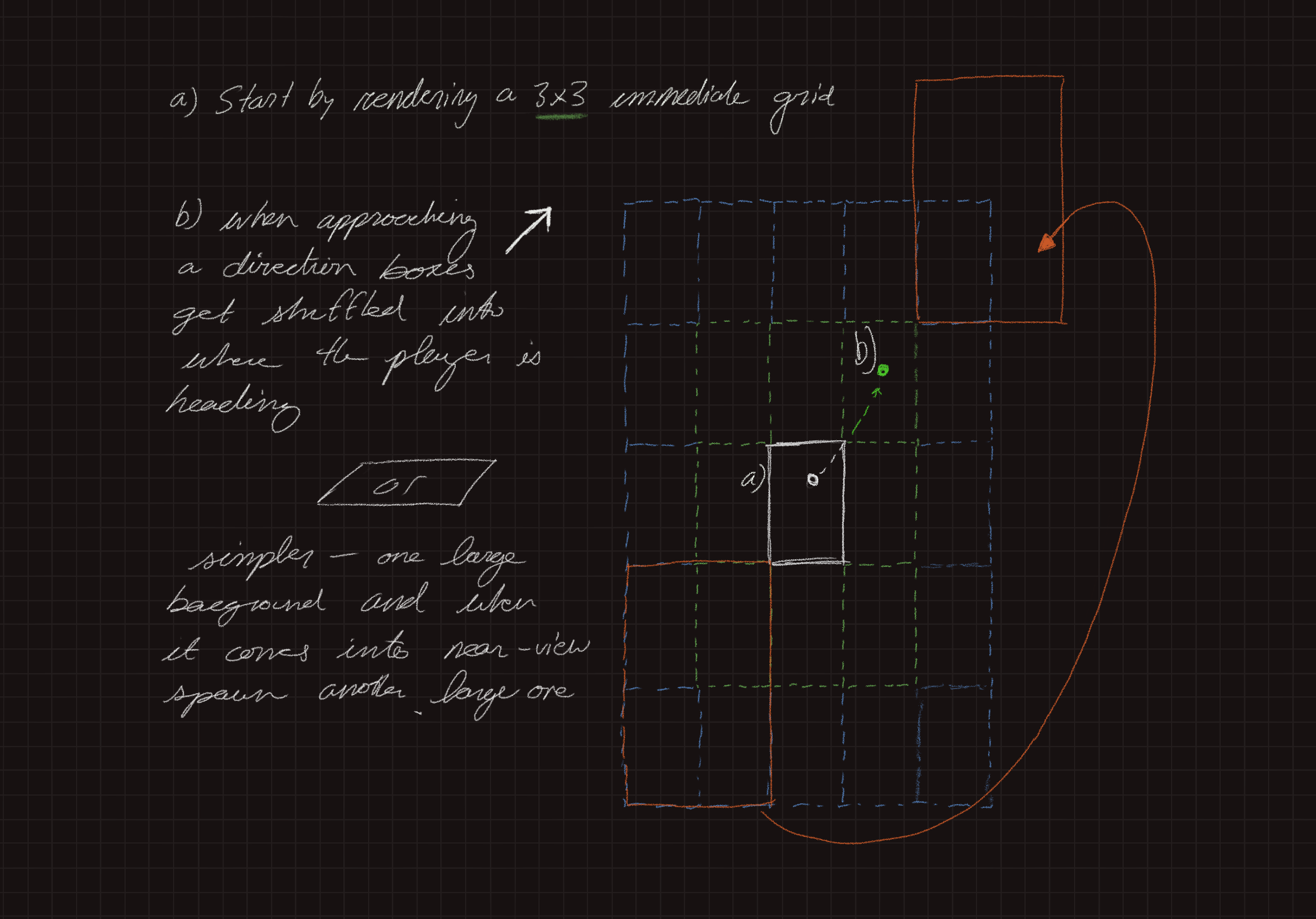 This problem is a bit hard to wrap my head around as I get re-acquainted with Godot. I have a single background rendering, but now I need to figure out how to dynamically move and/or spawn ones.

There was an initial reluctance on this project as I've already hit some walls on the outset, but I'm happy to be coding on something multidisciplinary and to take a break from building commandline programs.